My journey to becoming a Mindfulness & Meditation coach began in 2006. I was working as an actress and had launched my own children’s theatre and entertainment company. I was busy; I managed the team, attended events and ran the administration side of the business whilst also still going to auditions and trying to find stability within the acting world.  I was having fun, making money, learning lots and generally living a great life BUT  soon the cracks to started to show. I felt constantly under pressure and had no real support systems in place. Acting can be a tough industry and the instability of cash flow with difficult.

Although my business was doing well I started to burn out, my emotions became unpredictable, I had constant insomnia, my immune system was weak and I battled with my self-esteem. In 2008 I decided to make some changes. I enrolled on a 3 month personal development course (The Artists Way) that was challenging but life changing and I started to implement kindness, routine and gratitude into my everyday life alongside some gentle mindfulness practises. I found my health and mental well-being started to become more stable by making time for self-awareness and meditation.

In 2010 and 2014 my children came along and I found this hugely demanding. I was not prepared for the hard work involved with having a baby or the impact of sleep deprivation. I slipped into old habits which meant my health started to suffer so I became even more determined to implement my mindful way of living.  I read book after book, became obsessed with online material and went to a weekly meditation class. My eyes were opened again and my mind became alive at the possibilities that lay ahead. I became more grounded and better equipped to deal with whatever life threw at me.  I continued my practise and started to strive. I felt happier than ever before and I gained a greater understanding of who I was and how I was connected to myself and others.

In January 2017, I decided to take the next step and following some formal training and obtaining my SMART Diploma & then quickly trained in my Reiki Level Two.  I set up Leap Mindfulness and immediately was taken on as a Freelance Coach with Learning Performance, proving workshops within the education sector. There I received more training around Growth Mindset and Meta-Cogitation. From there Leap Mindfulness has continued to grow. My aim is to give people simple tools which they can use to enhance their body and mind connection and allow them to live a more fulfilled life with reduced stress and increased happiness. With the use of several tools I can offer a bespoke service to each client, allowing them to choose the tools that feel right for them. Having a background in performing arts also allows me to coach on public speaking, confidence and stage fright.

I am still currently working with Learning Performance. I runweekend retreats each year, working closely with with Yoga teacher Carolyn Thompson and with Denise Richardson of Holistic Happiness.  I lead meditation groups and one-2-one workshops as a meditation and mindfulness coach on a weekly basis. 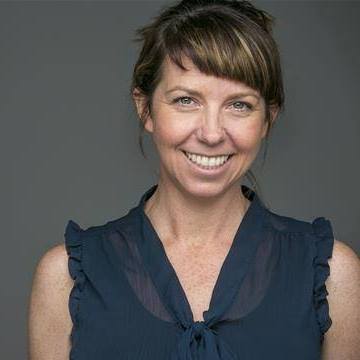 The Science bit……..when we implement Mindful Moments into our daily life we can start to bring small glimpses of joy into mundane, everyday tasks. Taking the time to slow down and have appreciation of the small things slowly builds up the positive connection in our brain and we start to find ourselves living in a happier way. We start to live moment by moment, find inner peace, become non-judgemental of ourselves and others, detach and look at the bigger picture, forgive ourselves, become more understanding and develop deeper listening skills.

Every  thought  you have  forms a neural  connection in  your  brain and when you learn something new it connections with existing ones. The connection starts off weak but the more often you think of  something  the  stronger  the  connection  becomes. That is why when we repeat a thought pattern it becomes our reality. This is the same for both positive and negative thoughts.

The good news is that it is possible to ‘rewire’ our brains and replace unhelpful thinking with better thoughts.  We can start this process by making space in our day to quiet the mind, acknowledge thought patterns and look at simple ways to re-wire and change those thoughts through meditation, affirmations and positive reinforcement. Even with only 10 minutes practise each day we can free ourselves of self-limiting beliefs and reduce stress.

Mindfulness is suitable, and beneficial, for everyone…men, women, children and for anyone from all walks of life.

The benefits of mindfulness practice include:

The tools I give you as a Mindfulness coach can be implemented simply at home. Even just 10 minutes per day of mindful practise has been scientifically proven to have vast health benefits. These include creating a positive mindset, enabling better management of emotions, helping decision making, forming positive habits, cultivating compassion, fostering an attitude of gratitude and increasing happy emotions.

Stress is a part of everyday life, how we react to it is crucial for our mental well-being.

“Thank you  for a spacious, calming, affirming weekend. It was delightful and I’m feeling very well rested. The retreat was a real gift and just what I asked for.”

“Sally was motivating, gave me belief and self-confidence and was a great listener. The sessions exceeded my expectations and gave me tools to help cope with everyday life.”

“Really enjoyed this four week course. Sally is an amazing teacher and coach and is very generous with her support. She has been there and done it!”

“I joined Sally’s mindfulness for weight loss course back in November and loved it. Sally’s fresh approach involved looking at ourselves in a different way and she gave us the tools to look after ourselves as a whole.”

“It was an absolutely amazing evening, so special and magical. Being outdoors and the fire took meditation to a whole new level and Sally was the perfect guide for our evening’s meditation.”

“I was put at ease and it has helped me look at things differently. This has inspired me to make some much needed changes to my life.  Thank you so much for your support and guidance.”

“We were thrilled with the impact the relaxation sessions had on our children at Brackenbury. We booked Sally to provide a mindfulness session for every year group, aged 4-11. All of the children were fully engaged and Sally tailored the sessions to the age of the children. The head teacher commented that lunch time on that day was calmer than she had ever seen.”

Latest from the Blog

By Sally Davis How To Set New Year Intention's So, the new year has arrived and [...]

September to November is always an exceptionally busy time for me as I deliver a huge amount of content to [...]

I believe firmly in life being about balance and if your alcohol consumption is in balance with your lifestyle and not causing you or the people around you any harm then in my opinion you are free to enjoy your weekly Merlot, craft ale or cider. However, over the last few years I have started to question the part it plays in my own life....